Mama (ママ?) is the titular character who instructs the player through various recipes and rates them based on their performances.

Mama is married to Papa with two children, Ichigo and Ringo, and has a dog named Max. She is well-known for speaking a mixture of Japanese and English, as well as her amusing reactions to mistakes the player makes in the games. In Japan, she is voiced by voice actress Youko Nishino.

Mama has light skin and shoulder-length light brown hair with her thick bangs neatly brushed to the right. It is adorned by a pink kerchief with white polkadot motifs. In Babysitting Mama, the back of her hair has spikes. She has black eyes.

Her initial clothing consists of a white shirt beneath yellow apron, denim pants, white shoes, and a pink kerchief around her hair adorned by white dots. In some games, her attire can be customized.

A passionate housewife and cook, Mama is very knowledgeable. Although Mama is serious when it comes to cooking, she can also be very encouraging and forgiving. She will console those who struggle and offer to help them, and has many friends due to her caring nature. Mama loves to make new friends and feels sad when she's lonely or ignored, but will find new things to do to occupy herself.

Besides cooking, Mama also likes to garden, babysit, and crafting in her spare time. She also enjoys getting in touch with nature by going camping. 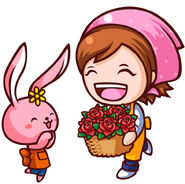 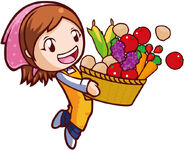 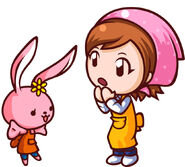 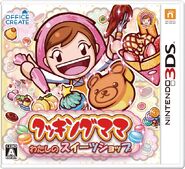 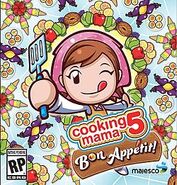 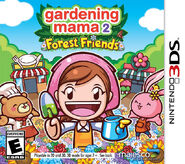 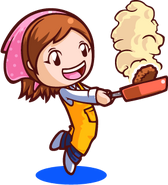 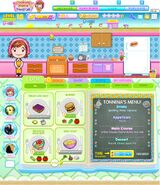 Terrific! Even better than Mama!

Great! You gave it your best effort!

Community content is available under CC-BY-SA unless otherwise noted.
Advertisement