David is one of the friends in Cooking Mama: Cook Off (known as American Friend), Cooking Mama 2: Dinner with Friends, Gardening Mama, Cooking Mama 3: Shop & Chop and Cooking Mama: World Kitchen. His age is unknown but he seems to be around the same age as Ringo and Ichigo. David has two pet poodles he cares for, and enjoys hanging out with Mama and Max or lending a hand.

David appears to be a normal and kind boy. He has two pet poodles he cares for and enjoys hanging out with Mama and Max or lending a hand. 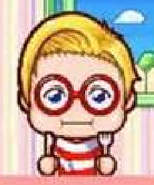 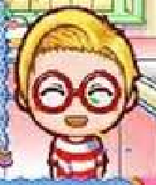 David with his poodles.

Note: These sprites only appear in the American version of the game, whereas he is replaced with Kate in the Japanese and European versions of the game.

David's newest ability (which is somewhat creepy): turning into a marble sculpture which has a flaw of cracking and (even worse) breaking into pieces.

David as his normal self and not a marble sculpture of himself.

David as a cracked marble sculpture of himself.
Community content is available under CC-BY-SA unless otherwise noted.
Advertisement